2014 Chevrolet Aveo facelift to launch in China this June

GM is all set to release the new Chevrolet Aveo for sale in China in June this year. The family sedan, which has found popularity in the small car segment, has been crucial to the numbers (close to 3.2 million) reportedly sold by General Motors in the Chinese market alone. 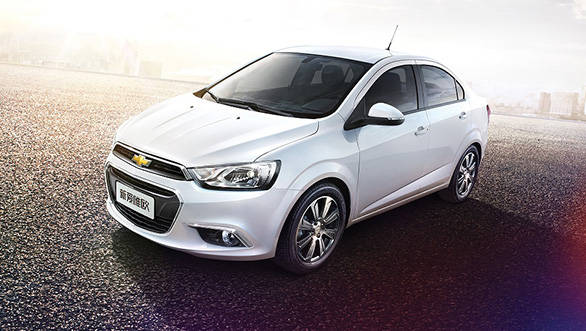 Based on inputs from current Aveo owners and small car buyers, and formulated upon Chevy's new design language 'Design with a Heartbeat', the model has been infused with a sportier refresh. GM's global design network, which has the Shanghai-based Pan Asia Technical Automotive Center (PATAC) in its fold has developed the model in line with the 'Power of Ingenuity  Youth' concept, previously used in the Trax. 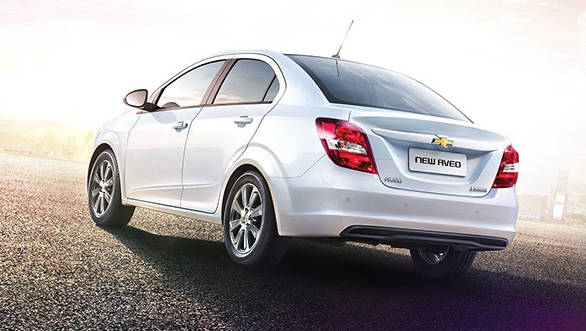 Chevy's signature dual-port grille has been mounted higher and wider in the new Aveo with a contracted version of the gold bowtie from the Cruze. The headlamps have been fully integrated into the upper grille while the fog lights sport chrome accents and a black base finish. Keeping in mind the Chinese buyer's proclivity towards wider cars, the belt lines have been made to converge in the middle of the sedan at the slightly raised rear, lending it a wider-looking stance. Further, at the rear, new horizontally sculpted lines converge with butterfly-shaped taillights with a bowl design for the same effect.

While the metal accents and body-coloured side mirror are expected to add to the premium look of the car, what really sets it apart from the other players in this segment is the concealed exhaust pipe design. High-end 16-inch Bridgestone tyres have been mounted on the new eight-spoke alloy wheels, which are claimed to improve grip and stability. 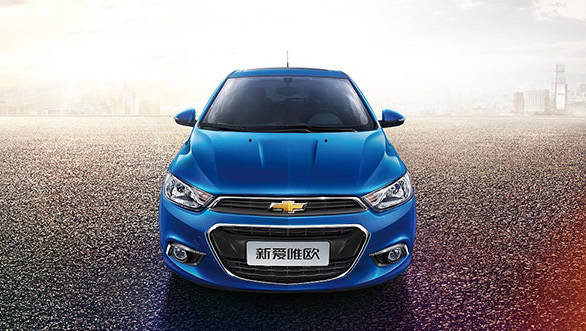 The specs for the engine haven't been disclosed yet but we learn that Daihatsu's variable valve timing engine has been carried over from the old Aveo. Other elements borrowed from its predecessor include the six-speed automatic transmission, enhanced safety features and a spacious interior.

A preview of the car was held at Shanghai the previous week. We can keep our fingers crossed for the new Aveo to roll out on Indian terrain. Until then, we can make do with the less impressive Sail. 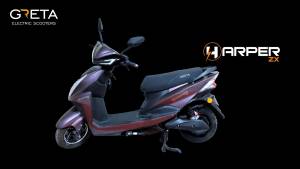