The BMW i8 was launched at Frankfurt motor show in 2013. It will be launched in India later this year through the CBU route with an expected price sticker of Rs 1.5 crore. 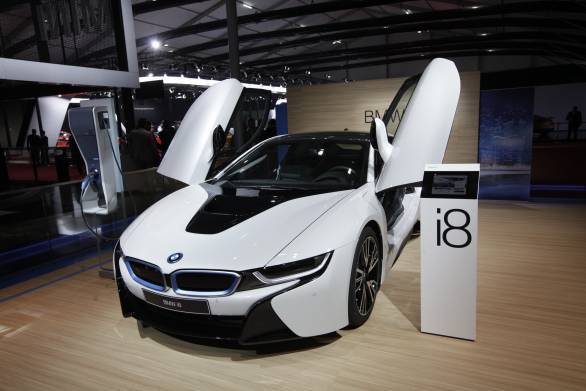 The car has a carbon fibre reinforced plastic shell (CRPF) welded to an all aluminium chassis. The i8 is an all wheel drive hybrid supercar. Power to the front wheels are delivered by the electric drive which is capable of 133PS and is located on the front axle. The three cylinder, 1.5 litre, twin power turbo petrol is situated in the middle and drives the rear wheels, giving a max power output of 234PS.The two units combined produce 367PS and gives the car a top speed of 250km/h. 0-100km/h will come up in just 4.4 seconds. Running on battery power alone the i8 can achieve a max speed of 120km/h but will cover only 35 kilometres. The car averages 40kmpl with just 59g/km (figures from EU test cycle). 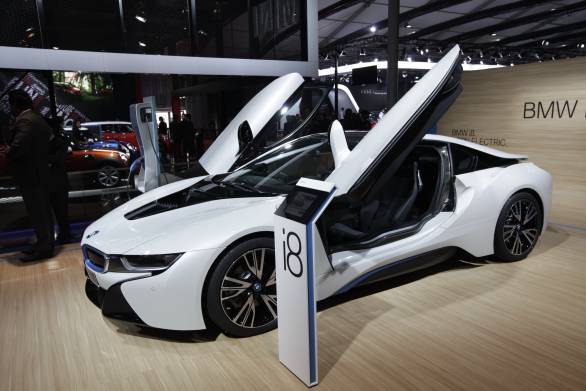 The exterior is very futuristic, sleek, aggressive and looks radical. The headlights get LED's as standard but customers can also opt for 'laser' headlights which are 70 per cent brighter than LED's and give out pure white and extremely bright light. The doors open gull wing style and the C-pillar gets aerofoils to add to the aerodynamic quotient. The tail lights get LED's and there are distinct panels over the rear wheels which culminate at the rear of the car.

The battery can be charged from any mains socket or while driving because of the new BMW eDrive and BMW drive technologies.