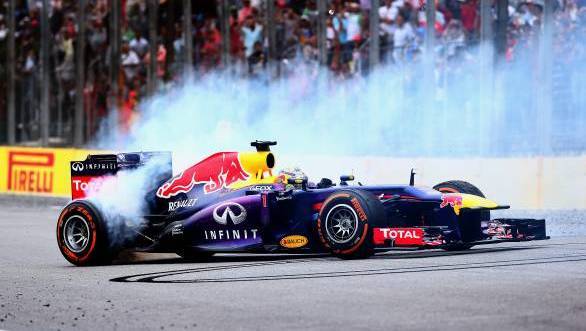 of the season has ensured that he equals Michael Schumacher's record set in 2004. Given that Schumacher won 13 grands prix of 18 races that season, while Vettel has won 13 races of 19 this season, it's the older German who still has the edge. However, the Brazilian GP, his now nearly trademark celebratory donuts aside, wasn't really about Seb Vettel. 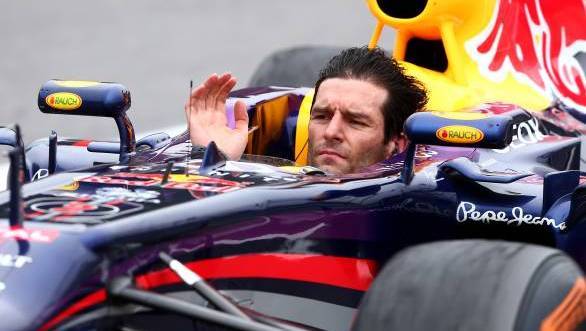 Going into the final race of the 2013 season, there were certain things that most F1 fans were keenly watching. Mark Webber was one of those must-watch aspects of the race, given that it was Aussie Grit's last Formula 1 race, with the Australian moving to sportscar racing for Porsche starting next year. And, after he topped the final rain-soaked practice session at Brazil, there was plenty of hope that it would be Webber who would sign off his season in style with a win. It was Vettel, however, who took pole position, and went on to win the race. Behind him it was a determined Webber who battled Fernando Alonso for second place. The duo scrapped back and forth with Webber ultimately coming out ahead in a drive that probably defines his career and personality rather well - gritty is as gritty does. On the slow down lap Webber took off his helmet, as he'd put it afterwards, to feel the wind in his face and let the fans see a helmetless driver in an F1 car. On the podium he stood with the Australian flag, thanking the people back home who helped him get to where he did in the sport. 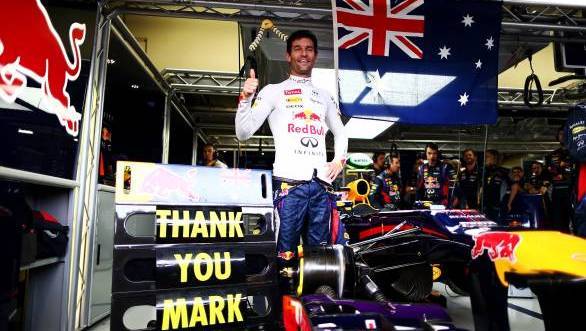 Other than Vettel and Webber, there was a rather tired looking Fernando Alonso who stood on the third step of the podium. Alonso placed second in the Drivers' Championship, ahead of Webber. Had his team-mate Felipe Massa managed to finish either on the podium, or fourth as it looked like he might have at one point, it would have meant that Ferrari could have taken second spot in the Constructor's Championship. 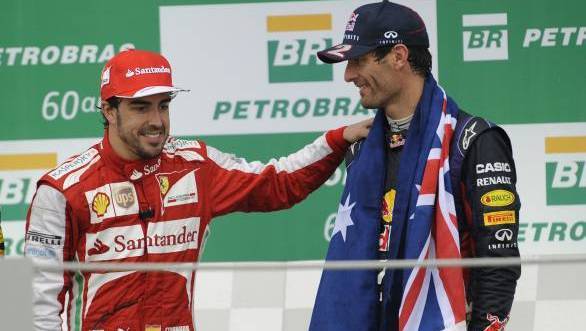 Fernando Alonso and Webber placed second and third in the championship

The Scarlet Squadron ended up losing second spot to the Silver Arrows though. It was Massa's drive-through penalty for crossing the white line while exiting the pitlane that ultimately resulted in him finishing eighth. And the Ferrari driver made his displeasure about the penalty apparent, gesticulating as he drove past race control on his way down the pitlane. That didn't stop him from doing a few donuts of his own after the race was over, giving the Brazilian fans the chance to see him in a Ferrari for one last time. For the 2014 season Felipe, one of Formula 1's 'almost' men, moves to the Williams team. 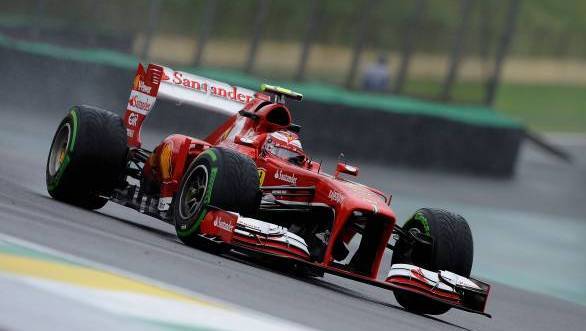 Farewell Ferrari's Felipe - the Brazilian moves to Williams for 2014

Fans gathered at the 2013 Brazilian GP were able to witness perhaps the most crucial 'last' of the season. The current spec of Formula 1 cars is on its way out, with the all new regulations kicking in in 2014. This meant that it was the last time that we got to hear the V8 engines scream down the racetrack, in a sense a rite of passage in Formula 1.