Move over the Bentleys and Jeeps. Japanese automobile giant Toyota has just issued a press note saying that the Land Cruiser has crossed 230mph or, if we convert to kmph, 370 clicks. A speed  most supercar manufacturers are happy boasting about, the specially tuned Toyota LC was said to have run out of road. This is the very same Toyota Land Speed Cruiser that was on display at the SEMA 2016 show. To start with, this isn't going to be a production model, but Toyota will be happy to build you one provided you've the moolah and ambition. The engineers at Toyota added two large Garrett turbochargers to the LC's mammoth 5.8-litre naturally aspirated V8 motor. The engine construction itself underwent a change to handle the extra boost of power, and the transmission too was fortified to put down the power more effectively. Widely regarded as one of the best off-roading machines available in the market today, the LC's suspension too was lowered by a couple of mm to help the gargantuan SUV stick closer to the road. Wider Michelin Pilot Sport tyres were also added to the mix. Toyota engineers also used the help of test driver Craig Stanton to fine-tune the SUV's straightline speeding ability.

For the run, ex-NASCAR driver Carl Helms was roped in. Before he took the Land Speed Cruiser out for a run, Stanton had warmed the car for him, touching 211mph (340kmph) on the way. During Helms' first run, he achieved the same speeds as Stanton before he ran out of road. In the second run, the car is said to have touched the claimed 370kmph top whack. 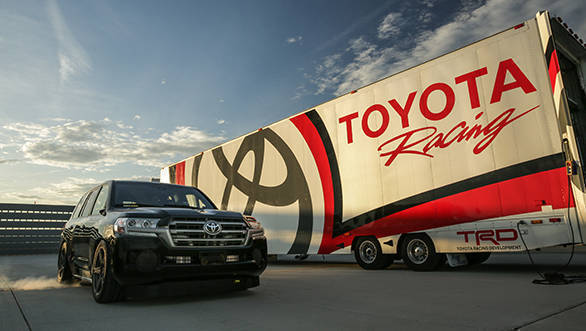 "At 225mph, the thing was wandering a little bit. All I could think was that Craig said, 'No matter what, just keep your foot in it,' and we got 230mph," Edwards recounted from behind a huge grin after setting the record. "It's safe to say that this is the fastest SUV on the planet."

Toyota engineers also said that the SUV was capable of hitting a bit more of speed provided they had more ground. For a reference, the Air and Space Port in Mojave, California is nearly 5km long. Imagine if the Toyota was driven on a straight 7km stretch? Would it have touched 400kmph? That's a question Toyota might be trying to deal with at a later date. 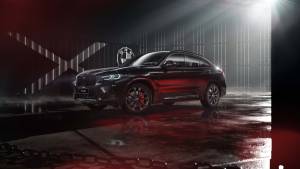 BMW X4 facelift launched in India with a...