Honda has shown the upcoming, 11th-generation Honda Civic in near-production form ahead of its debut next year. Although termed a prototype, this reveal leaves very little to doubt as to what the new 2021 Civic might like.

In terms of its looks, the new Civic carries forward the same low and wide stance of the previous car. But as seen in the new-gen City and the latest Accord, most of the angular cuts and surfaces have given way to simpler lines and straight edges. The fascia now carries those jewelled LED headlamps, between which is a strong edge to the bonnet and a simple-looking grille. The front bumper is quite aggressive still with its large air dam and sharply cut air intakes. 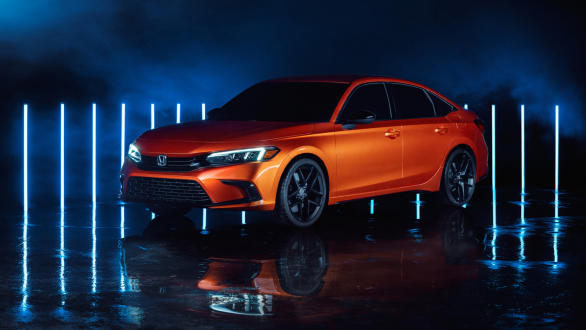 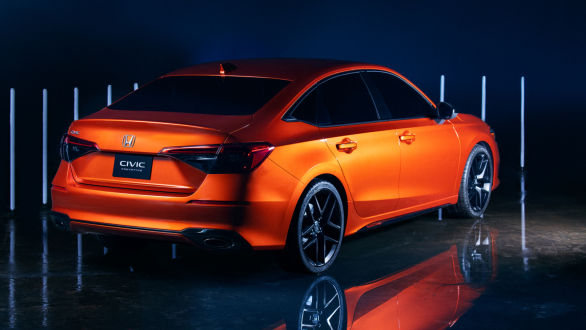 In profile, the Civic continues with its coupe-ish roofline to an extent. Most striking is the strong shoulder line although the unique kink to the glasshouse and a stubby boot with the integrated spoiler has been reimagined for this generation too. The taillamps continue with the L-shaped LED highlighting from the front and have lost their C-shaped signature for an angular two-part look. The rear bumper looks more intricate now with a mesh insert around the prominent exhaust tips.

Only shown in a sketch, the interiors too follow in the vein of the newest Hondas. So there is a simple yet tasteful layout, highlighted by the full-width honeycomb mesh detailing that hides the AC vents. The instrument cluster is a fully digital unit while the touchscreen is a new 9-inch unit. The climate controls are three-dial setup, possibly with some capacitive buttons thrown in. 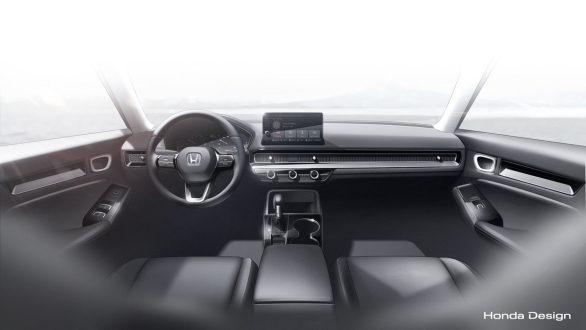 Honda has not revealed tech-specs just yet, A plug-in hybrid version should feature prominently among international models. If Honda does decide to bring the new Civic to India, we should expect a version of the current-car's 2.0-litre petrol/CVT powertrain, with maybe even a 1.5-litre turbo-petrol being added. After this sedan bodystyle debuts in the US market by the middle of 2021, a hatchback and then a Type R performance version nudging 400PS are planned. 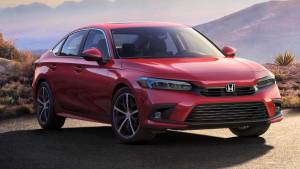